Currency pair Euro Dollar EUR/USD ends the trading week near the area of ​​1.2136, as we can see, there were no significant changes. The pair continues to move as part of the correction and the formation of a large “Head and Shoulders” reversal pattern, which is able to send the pair to the level of 1.1005 and below. Moving averages indicate a bullish trend for the pair. Prices went up from the area between the signal lines, which indicates pressure from buyers of the European currency and the likely continuation of growth from the current levels. At the moment, we should expect an attempt to develop a bullish correction and a test of the resistance area near the level of 1.2165. Where is the rebound and the continuation of the fall of the Euro Dollar expected. The potential target of the decline is the area below the level of 1.1085. 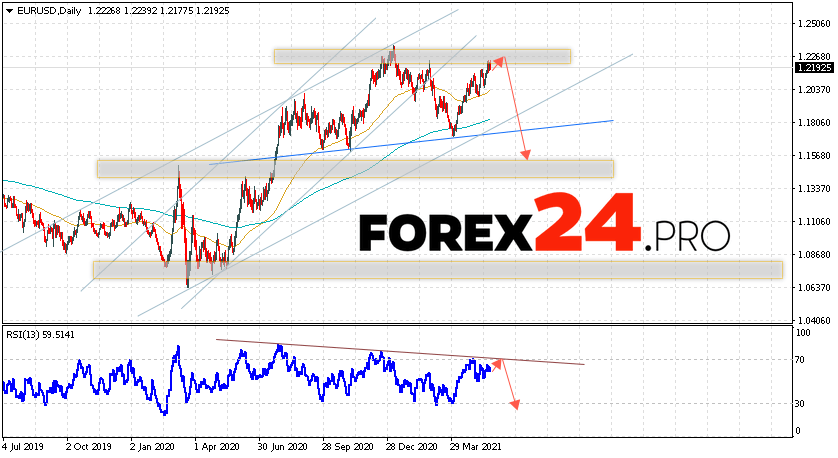